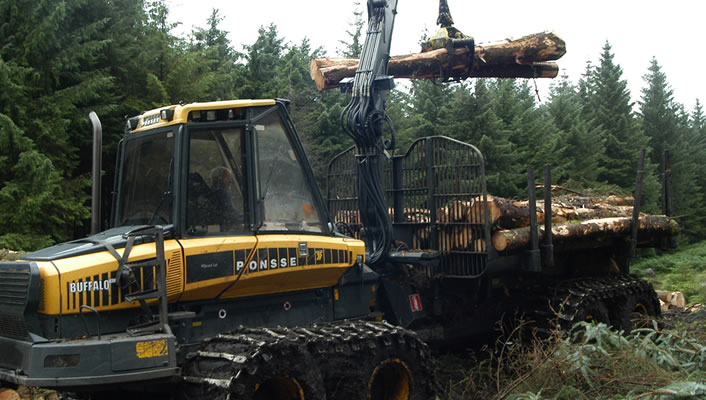 Grow your career in the forestry sector 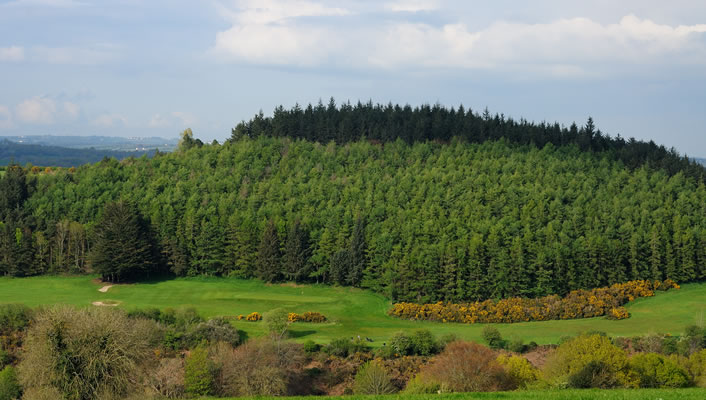 Three organisations currently provide forestry education and skills training courses in Ireland. These courses are full time, and are aimed at preparing students for a career in the forestry sector. 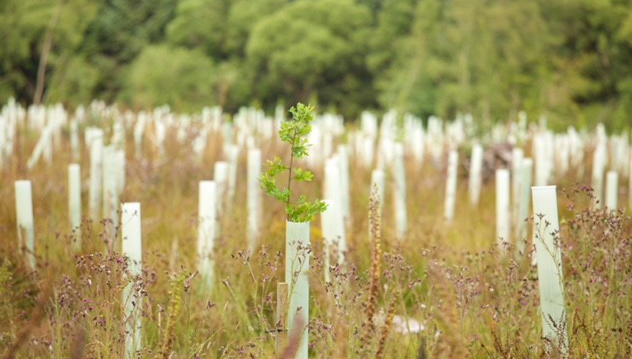 About the Forestry Sector

11.5% of Ireland is under forest, supporting a vibrant and export-oriented forest products sector. The forest industry comprising, growing, harvesting and processing of forest products makes a significant and growing contribution to the Irish economy. 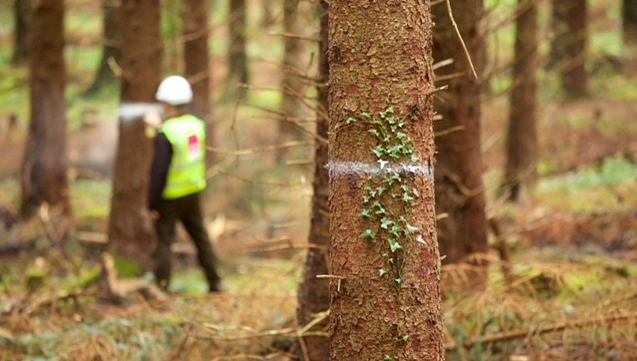 You have options available in Ireland to study forestry at all levels, for one to four years. Start by reading the information provided on the courses in Teagasc, UCD and WIT. 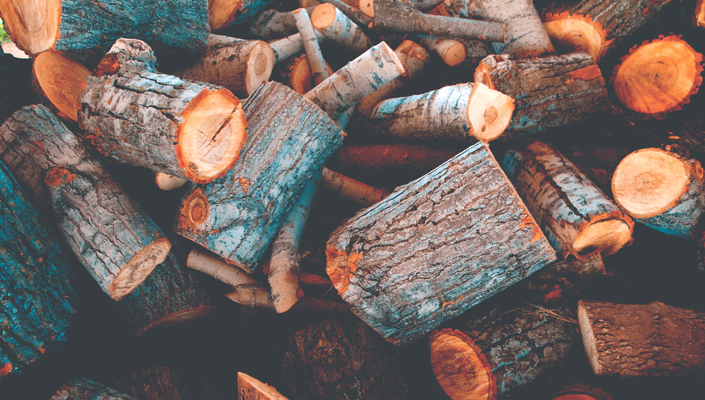 Forestry Career Ireland is an initiative from the Dept. of Agriculture, Food and the Marine, Waterford Institute of Technology and UCD Forestry. 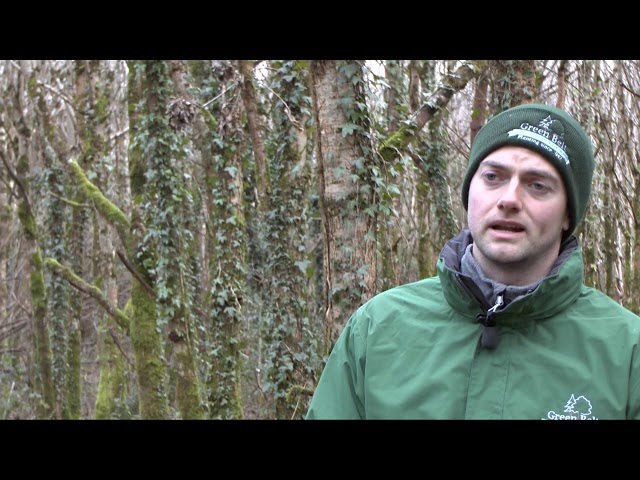 Good for the Environment - Forestry 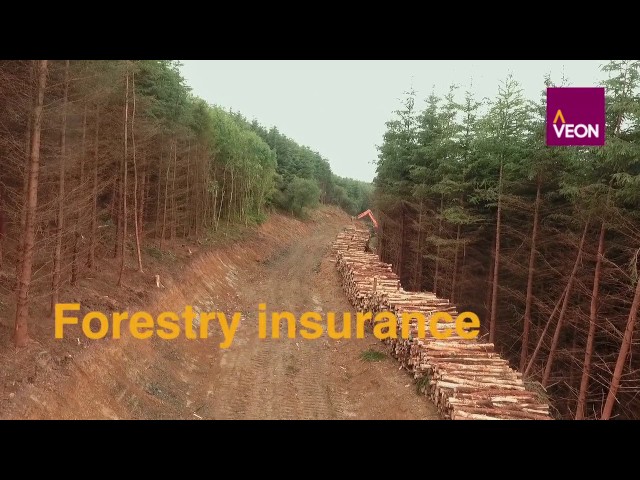 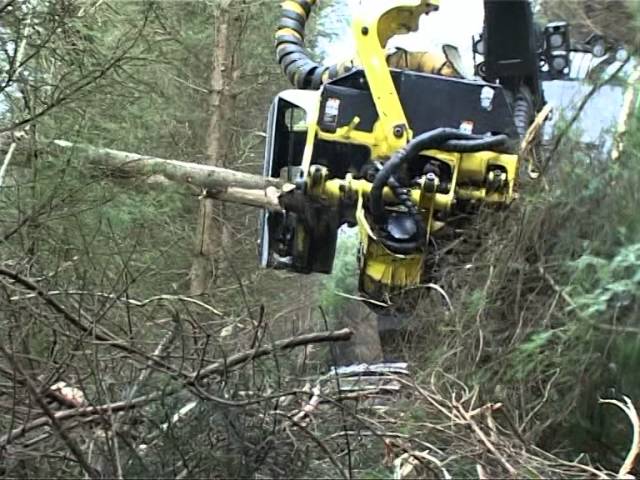 Emily Costello works as a Technical Support Forester at Veon Ltd. Emily's main role in the company is to build a database of all the forest properties that Veon manages.

Ask me your
first question!

What were the main 'career decision' milestones in your life so far?

As I am from Waterford, and also as I had attended WIT, I lived at home for the duration of college. When I was offered the job, I was told that it would be from the head office in Dublin, which I was surprised about because I didn’t even consider that a forestry company would have an office in Dublin! I already knew that there wasn’t very much forestry work in Waterford anyway, and that I would probably have to move to a different county, or at least commute for work, but I had never considered that it would be a move to the capital. I accepted the job and was absolutely delighted with it, but I was a bit apprehensive about the move initially, especially with the rising costs of rent in Dublin and everything that comes with it. I’m delighted now that I did move up here, but initially it was quite daunting to move straight out of home to Dublin. I think being open to relocation will make a huge difference with your career options, at least when you’re starting out and trying to get experience.

Who are the people who most influenced your career direction?

I’ve been involved in scouts since I was very young, I always loved being outdoors. My old scout leader, Robert Windle is a Forest Servicer Inspector, and I just had a chat with him about the course and career options. I liked how it sounded, so I went in to the WIT open day, met Tom Kent, the course leader, who was extremely helpful in giving me much more information on the course. That evening, forestry was my first choice on my CAO. Michael Pedini, my GIS lecturer and thesis supervisor was also a great influence, from teaching me how to use GIS, to helping me realise that I wanted to use it day to day.

How did you go about getting your current job?

Veon did “mock” interviews with anyone who was in 3rd or 4th year that wanted to practice a job interview and receive feedback. They created a fake position to interview us for; it was a regional manager job. The interview lasted for 10 minutes, and afterwards we received feedback on our interview and our CV. The idea of this was to prepare us for our first interviews as forestry graduates. I brought a copy of my management plan to my interview. A huge part of the management plan was maps that we would have created using GIS. I also emphasised in my interview that GIS was a software that I liked and was good at. The following day I had a phone call offering me a job!

I don’t really have a typical day, it all depends on what’s happening in the company. As the insurance renewals are approaching, my main focus at the moment is putting the rest of the sites that are being insured onto the database before the renewal date.

What are the main tasks and responsibilities?

My main role in the company is to build a database of all the forest properties that Veon manages. This includes planting, harvesting and long-term management clients. I have been doing this using a mapping software called ArcGIS. This software allows me to show the boundaries of the site, and put all the site details in one place. I also put some maps together, such as species maps and location maps, for the foresters if they are looking for them. I help with the insurance renewals, making sure that the data for each site is correct. I also help with forest valuations, doing some site visits to assess the value of the forest.

What are the main challenges?

Something I have found quite difficult about the job is that I was 100% office based for my first 6 months. I was used to being out twice a week for field trips in college, so being in the office all the time was a struggle for me. In the last few weeks I have started to do a bit of field work, which is really making a huge difference.

The database I am building is something that is very important to the company, which is something I hadn’t anticipated when I started the job. It’s a bit daunting but definitely cool!

What's not so cool?

As I mentioned above, I would probably rather be outside a bit more!

What subjects did you take in school and how have these influenced your career path?

I did biology, geography, music and French as my option subjects for the Leaving Cert, but to be honest, none of these really influenced my career path. I didn’t do science for my Junior Cert, I wasn’t interested in it but by the time I was about 15, I had a huge interest in science and regretted not doing it! I felt like I needed to pick a science subject for my Leaving, just to cover myself because I didn’t know what I wanted to do. The only reason I picked biology was because I thought it would be the easiest one to start from scratch in 5th year. I hated it, and it was only after we did the chemistry module in college that I realised that I really liked it and found it much more straightforward than biology. To be honest, I don’t think any of my choices in school led to me choosing forestry. I don’t think any of the teachers, even the career guidance teacher, had even heard of the degree.

What is your education to date?

What aspects of your education have proven most important for your job?

The amount of GIS we did in college definitely set me up for my job. We did at least one, if not two, modules every semester from 2nd year onwards. The forestry course in WIT is very practical. We had field trips every week, and then twice a week in 3rd year. The modules we did covered almost everything in the forestry industry, from planting to harvesting, as well as basics such as ICT, maths, and a wide range of science modules. I felt very set up for a career in forestry when I graduated.

What have been the most rewarding events in your career so far?

I only finished college in May 2017, and started my job a few weeks later so I am not in my career very long. However, the days of both of my graduations were very rewarding, as well as the days that I actually received my results and finished my degree. The day I was offered this job was brilliant too. I had been applying for jobs since about February of 4th year. I had done several interviews, including one in the UK, and I was getting disheartened and just a bit worried that I wouldn’t be able to find a job. I didn’t feel under any pressure in the mock interview, as I knew (or at least thought) that there wouldn’t be a job offered to anyone at the end of it. How wrong I was!

What personal qualities do you have that helps you in your career?

I love to learn new things and expand my knowledge. This has stood to me throughout college and in my career. I would also be a very determined and driven person, continuously working towards targets and goals.

What is your dream job?

I wanted to be a lecturer for a while, but I’m still not sure. I don’t have enough experience in the industry to decide this yet. I would definitely love to have the opportunity to travel a bit for work.

Does your job allow you to have a lifestyle you are happy with?

Living in Dublin can be difficult, but for the most part, yes.

What advice would you give to someone considering this job?

Focus on your GIS modules in college, pay attention in the lectures and just keep at it. An understanding of GIS is vital for any job as a forester anyway, whether you like GIS or not! Focus on the other modules too of course. I’m using stuff now that I had forgotten we even covered in college, so even the modules that do not seem important or useful to you are worth paying attention to, they’re there for a reason.

What are the three most important personal characteristics required for the job?

For me, the top one would be having a passion for your work. If I wasn’t interested in my job, it wouldn’t be done well and it would take a considerably longer amount of time to complete. The fact that I’m interested means I ask a lot of questions, allowing me to learn more and to produce better work. Another one would be patience. GIS can be tedious work. It can be a slow software and it can regularly drive you mad! I don’t always have a lot of patience with it, but it would definitely be an important skill for this kind of work. Last one; organisation. You need to be organised for this job, keeping all your files, both paper and computer, in order. I work with a lot of different files and file types, for all sorts of software. You will find out very quickly how disastrous it can be if you don’t get on top of things at the start.

Have you undertaken, or do you plan to undertake any further training as part of your job?

I am doing a two-day GIS course in a couple of weeks, to expand my GIS knowledge as at the minute, if I come across something I can’t do, I am teaching myself! I’m really looking forward to this, and being able to apply new things I’ve learned to my day to day work. However, I am learning new things in my job almost every day. On-the-job training is definitely a big part of working in forestry.

What kinds of work experience would provide a good background for this position?

I don’t feel like the work experience I did in college really set me up for any career in the forestry industry, to be honest. However, your best bet would be to get in contact with some of the private forestry companies, like Veon. Give them a ring and tell them the areas of forestry you are interested in, and see if they have anything you can do with them.

What is your current job title?

Ask a question about...